Menu
Sidebar Sidebar
How To

How To Apply Photoshop’s Motion Blur Filter To An Object

If you’re adding a new object to an image that would normally appear to move, the motion blur can help you sell it. This filter works by creating a blur that originates from one side of an object and extends it in the opposite direction. This tool especially works well to simulate motion in images were shot at a high shutter speed. This is how you use it.


1. Import an object as a new layer.
You can do this by either copying a layer from an earlier project and pasting it in your composition or by simply dragging an image into your Layers panel. For this exercise, we’re going to paste a soccer ball that we previously isolated from its background by using the Select and Mask command. 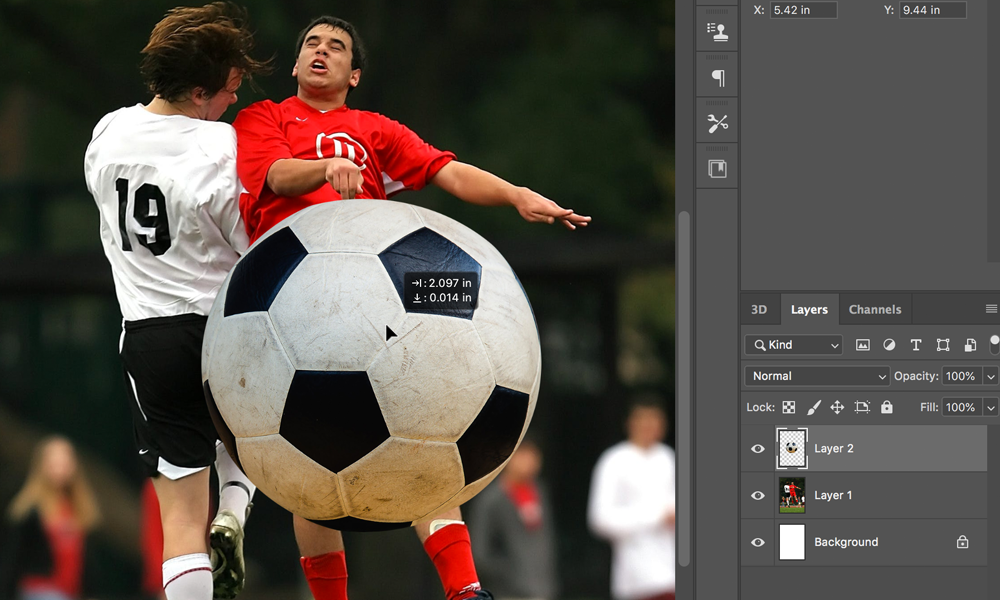 2. Place and transform the new object.
With this new layer selected, we’ll hit Cmd+T (Ctrl+T in Windows) to resize the soccer ball so that its size is appropriate relative to the action in our base image. We’ll also drag it above the soccer players and rotate it so that its shadow matches the players beneath it. 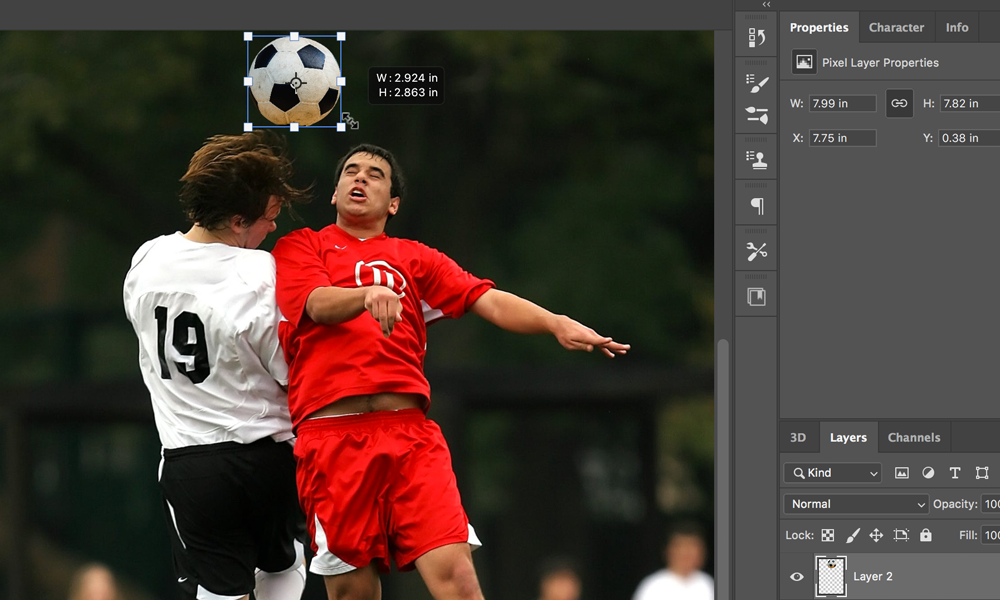 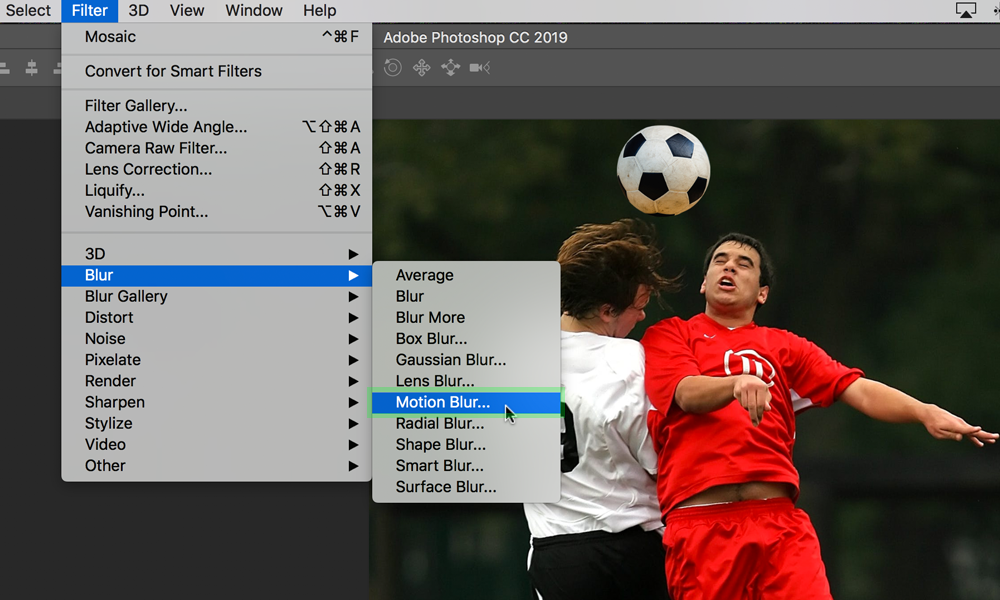 4. Adjust the Motion Blur parameters.
We’ll begin by checking the “Preview” box and dragging the preview window to our object- this way we can compare the effect as a whole with how it looks against Photoshop’s transparency checkerboard. Now we’ll adjust the intensity of the effect by dragging the Distance slider. Since the base image is obviously shot at a fast shutter speed, we’ll want to make the blur fairly subtle by only extending it by 21 pixels. Next, we’ll adjust the Angle so that it seems as if the ball is bouncing off the player’s head. Once we’re done, we’ll hit “OK”. 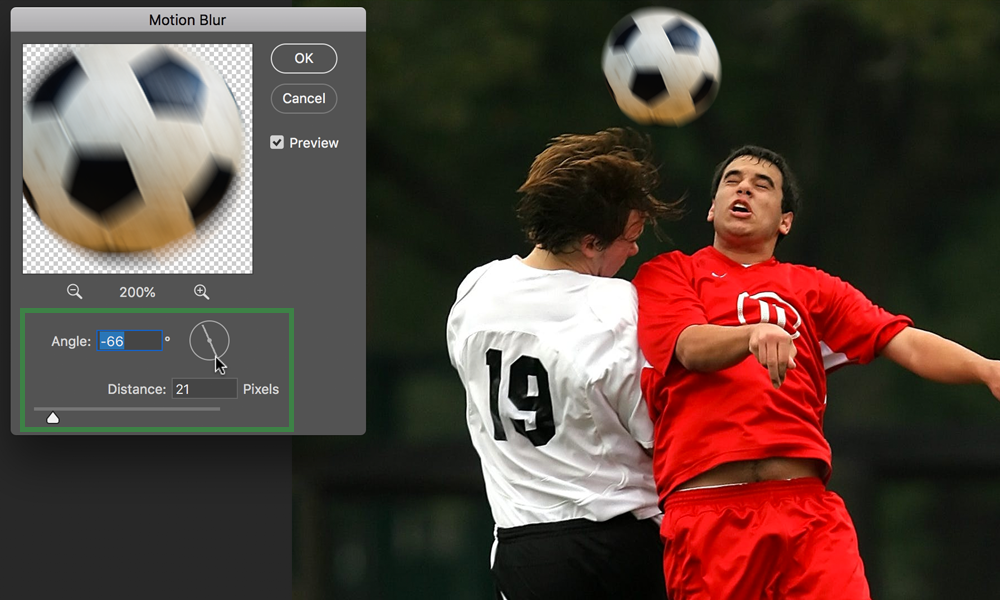