Menu
Sidebar Sidebar
How To

How To Use Photoshop’s Wave Filter To Distort An Object

The Wave filter in photoshop enables you distort an image by generating an undulating pattern that stretches or compresses pixel data. The effects of this vary immensely, opening up a plethora of possibilities to dramatically alter an image in interesting ways. In this example, we’re going to utilize this filter to emulate the effects of a reflection distorting into the waves of rippling water.


1. Select an area to serve as a base of the reflection.
To begin, we’re going to use the marquee tool to select the area of the image we want to reflect. Drag the marquee tool across the entire width of the image and extend it from the top to the point where the reflection will begin. In this case, we’re going to start the reflection on the bridge of the subject’s nose, so that it appears that he is slowly rising from a body of water. When we’re ready, we’ll copy this portion by hitting Cmd+C (or Ctrl+C on Windows). 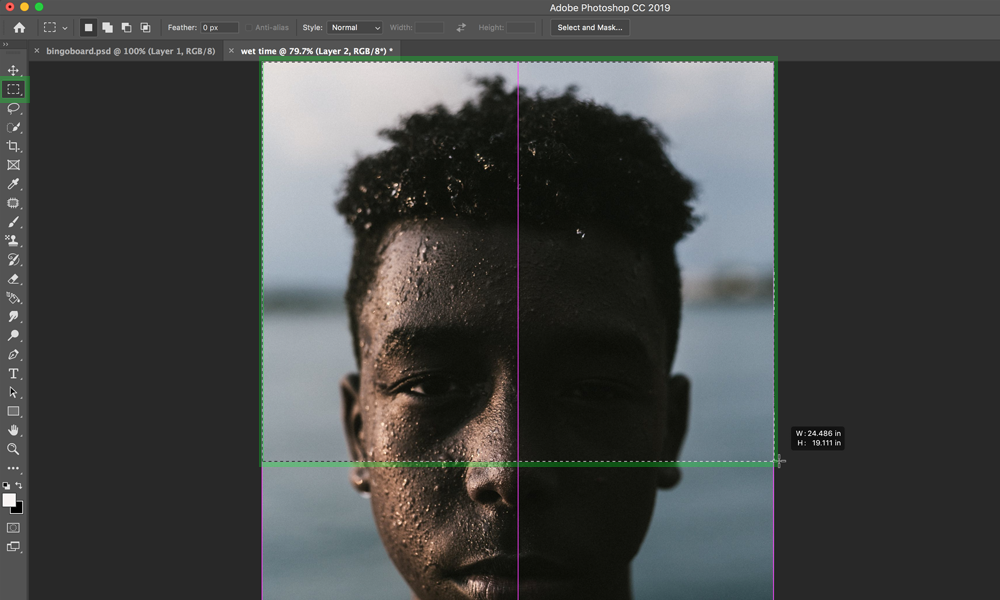 2. Paste the reflected area as a new layer and flip it vertically.
We’ll create a new layer for this reflection by simply hitting Cmd+V (Ctrl+V on Windows). Then, we’ll flip this new layer on its horizontal axis by selecting “Edit > Transform > Flip Vertical”. 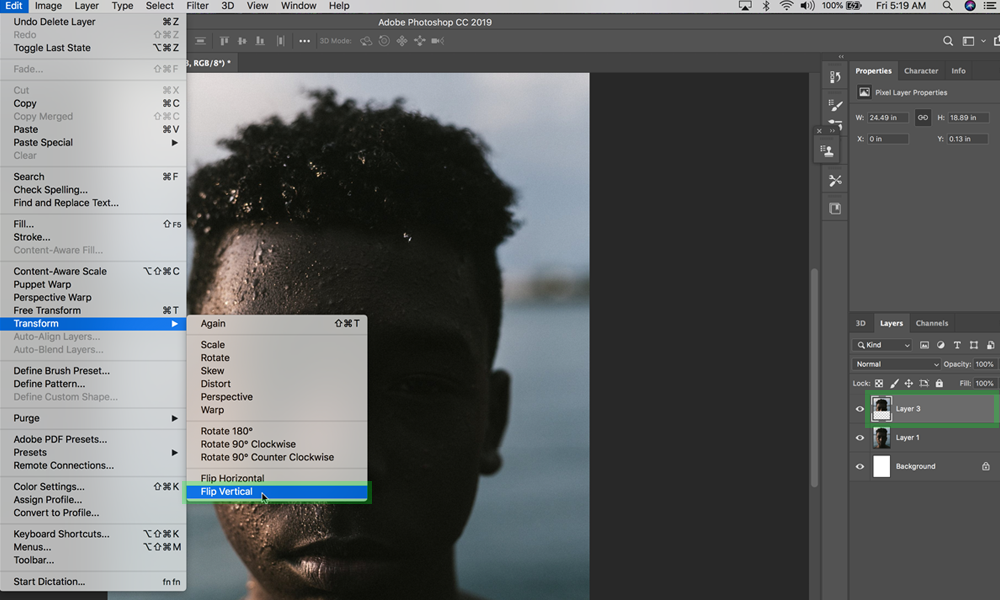 3. Move the flipped image to its origin point.
With the new layer flipped, we’ll create a reflection by dragging it to the point where our original selection ended. The boundaries between the original should blend seamlessly to the newly pasted layer. 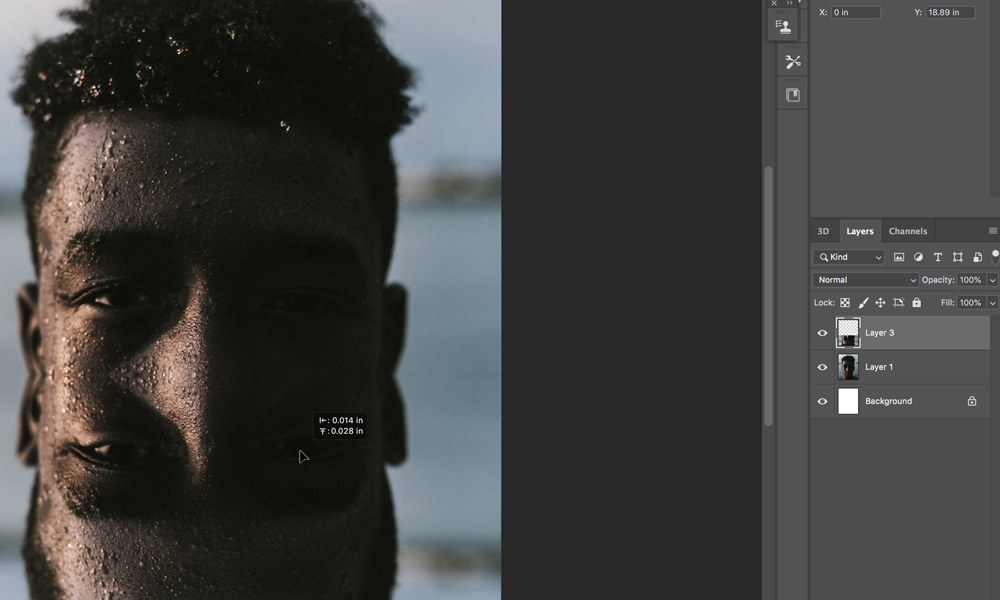 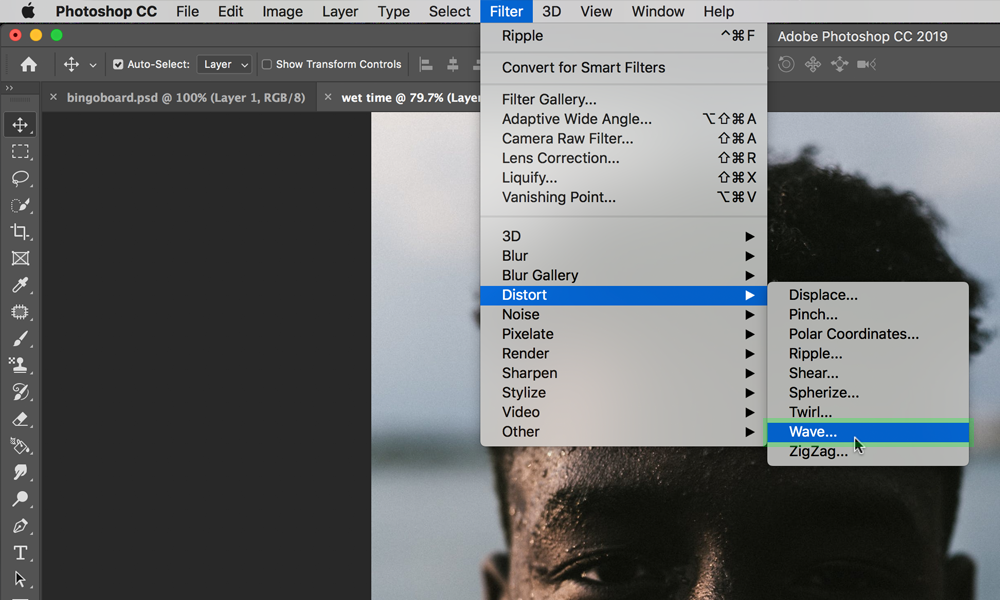 5. Adjust the Wave parameters.
We’ll begin by adjusting the Number of Generations, or the number of points from which the waves will precipitate. To avoid making this effect too complex, we’re gonna keep this value pretty low. We can also cycle type of wave between Sine, Triangle and Square - the smooth transitions of sine waves fits the effect we’re aiming for best. Finally, we have X and Y sliders for Wavelength (length of the waves), Amplitude (height of the waves) and Scale (overall size of the waves). Since we want the surface of the water to seem “flat”, we’ll keep the X values at ”1”. We’ll also use the preview window to make sure that the “top” of the reflection remains relatively unchanged so that it can seamlessly stick with the original image. When we’re done, we’ll hit “OK”. 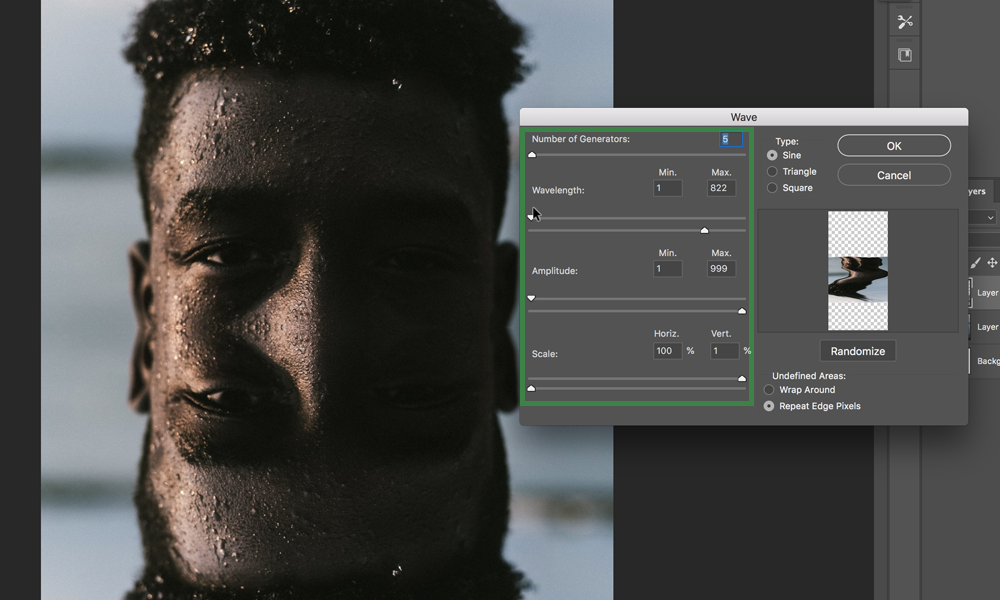 6. Drag the filtered reflection so that it intersects with the original image.
This filter often shifts the image in the process of altering it, so we’ll need to re-set the placement of the reflection lawyer so that it smoothly transitions into the original. 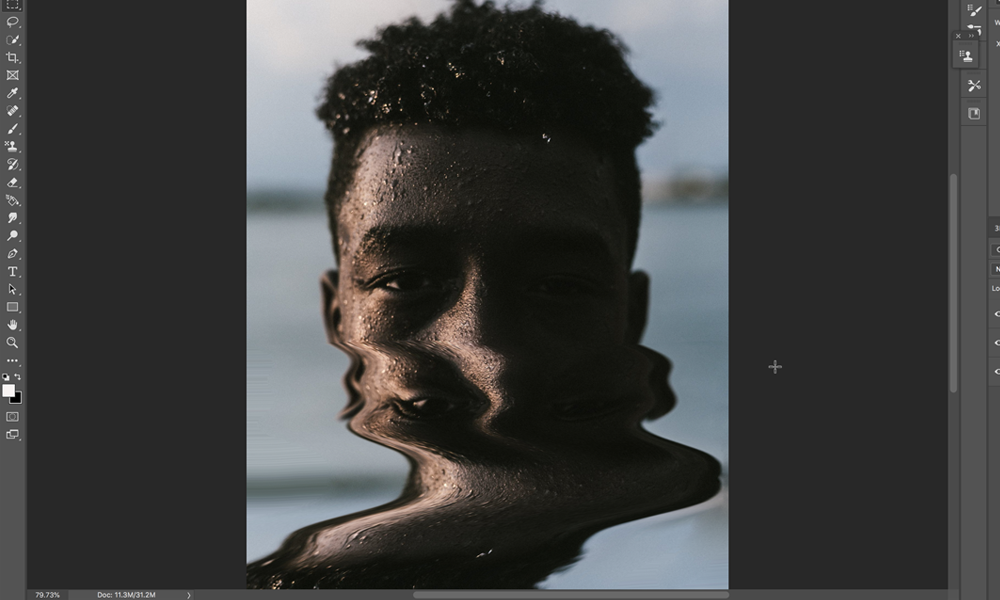